Type in the modpack name (Yao Pack) or paste the following url into the search box.

Finally, click Install at the bottom right of the launcher after you select Yao Pack from the list on the left. The launcher will handle everything else!

Welcome to the Yao Pack! [Not the Sushi Container!]

What is the 'Yao Pack' you may ask? Well, it's a collection of all my favorite mods, in one modpack! It includes many different technology, adventure and magic mods. If you have played Tekkit Legends, FTB or Tekkit, you will be quite familiar with many of the mods in this modpack! For me and my friends, many of the major modpacks were too massive for us to get into, or changed the game too much to be enjoyable. I planned to solve that with the Yao Pack, by adding smaller and less complex mods (like Quark, for example) to make the transition to mods a bit easier for everyone, without lacking features or mechanics.

OFFICIAL PUBLIC 24/7 SERVER AVAILABLE TO EVERYONE (PRE-ADDED TO YOUR SERVER LIST)!

And also some of my personal favorites!

And best of all, the Yao Pack is 100% SMP (multiplayer) friendly!
Just download the server pack and press the Run.bat file (if you're on a Windows PC, the server download works with both Windows, Mac and Linux)! Otherwise you can always join the official Yao Pack server (already added to your server list when you start up the modpack!)

Support the continued development of Yao Pack - Get some cool perks, too! https://www.patreon.com/henrikomagnifico

Read the FAQ in the help section if you have any questions, bug reports or mod suggestions.

Here is a video on how to set up a Yao Pack server using the official Yao Pack Server Builder, it's easy! 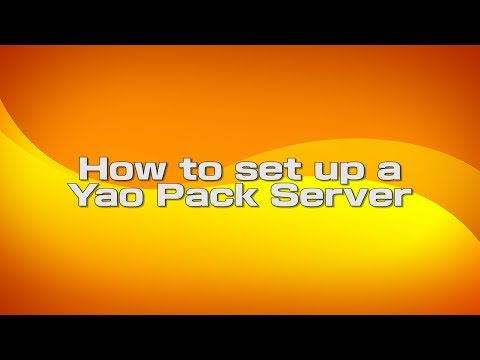 It is recommended to have at least 3.5GB of RAM allocated to your Technic Launcher when playing the Yao Pack. It should give you the option to do this automatically, but if you want to do it manually here's how: *Add more RAM via Launcher Settings > Java Settings > Memory. If this option is not available for you, please download the latest version of Java JRE x64 from here: https://java.com/en/download/manual.jsp (Select "offline x64" for your operating system)