Sprite index limits, block ID limitations, and base-class edits. These are the terms you were familiar with had you modded Minecraft back in the day. You opened .jars as .zip files, you might have even heard about this brand-new API called Forge and how some modders were choosing to use this API instead of modifying Minecraft directly.

In August of 2011 the goons of Something Awful were discussing various mods, mostly centered around the original popular modpack, YogBox. While most mods tended to be of the adventure variety, a new type of industrial-style mod started to become mature. Getting a stable game going with the most fleshed-out and popular ones, KakerMix released it as a small modpack on the SA Forums. It managed to gather a few tens of downloads, and one of them was Lewis of Yogscast fame. He did a series on it, suddenly thrusting Technic, the mods it contained and the modders themselves into the faces of millions of new fans. With the sudden exposure and fame, KakerMix started to focus the sudden influence into a tool of good for the community.

Technic coalesced into a team of people and began to pump out community-altering projects. The Technic website and Forums gave a place for people to discuss things in a respectable way with hard-hitting moderators and at least the illusion of quality control. The Technic Launcher finally hit home the idea that people don’t want to hand-modify .jar files to play modded Minecraft. Tekkit gave server operators a chance to actually run and play a heavily modded Minecraft server by easily having a standard client to point users to, introduced modded Minecraft to hundreds of thousands of players, and gave thousands of (mostly hopeful) YouTube stars a block of content to play with. Voltz showcased an unheard of team and their creations, giving them a huge bank of eager consumers within a week of it’s launch. More recently the new Technic Launcher and Technic Platform are poised to again streamline down modded Minecraft, and make it seamless for content creators, server operators and players to kick back and play, create, claim and enjoy the game they love with as little hassle as possible.

Technic as an identity and community has made it’s mark on Minecraft, what was once a .zip file is now a multiple-hundred-thousand strong powerhouse of the community. Players, server operators, content creators, map makers and burgeoning YouTube stars now have the Technic Platform to help make Minecraft what they choose it to be. 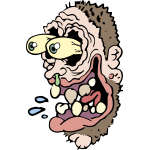 KakerMix put together the Technic Pack in 2011 for the Something Awful forums. It was picked up by the Yogscast (also of SA forums) propelling KakerMix’s name into infamy. In the time since KakerMix gathered up people with far more talent than he had to help make Technic great. The main site, forums, Tekkit, Voltz, Technic Launcher and now Launcher v2 and Platform are all a product of this gathering of excellent people, with KakerMix in the background greasing the wheels and making sure the whole thing doesn’t collapse in a big mass of drama. 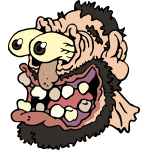 Sct has been involved with Minecraft since Indev. After being introduced to mods and Technic, Sct was immediately pulled in and started to host his own modded Minecraft servers. Having now run a successful Tekkit server, Sct offered to help develop and test future versions of Tekkit. This lead into a complete website redesign (and now another one!), Tekkit 3, The Platform, and help developing the new launcher. Some have claimed Sct is a real life wizard, but there is no solid evidence to support this claim. 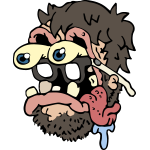 TheHave is a real-world big-time artist and designer with a total Minecraft play time of about 6 hours, which made him the ideal candidate to join the Technic team. Starting in 2012, a series of fateful hangouts led him down the strange and wonderful path to official team-membership. Now, he draws pictures of butts with little hats on them until one of the other team members needs some artwork to accompany whatever genius piece of code they just threw together. It's a lobor of love, and you can feel that love in his work like a sweet loving kiss to the eyeballs. 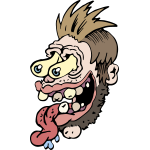 GenPage's journey began in the dusty corners of his mothers basement. Fresh out of high school, he foresaked his Xbox console for the wonders of the PC and modded Minecraft. He soon joined NotEnoughMods, utilizing his coding skills to help place it at the forefront of Minecraft mod listing services. Catching the eyes of the Technic staff, GenPage soon joined the team, working hard to better the Technic Platform and provide support when needed. Now, GenPage deals with an unruly child that he recently adopted. Solder. 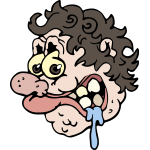 CanVox's experience with Minecraft modding first began when he ran a short-lived Terra Firma Craft server, which he modded to add additional server op utilities. Since then, CanVox has created a few small mods (OffLawn!, with Rhodox of the Painterly Pack and An Obsidian Plate), an improvement to the Minecraft renderer, and a fairly successful Technic Platform Pack, Big Dig. CanVox now handles all development on the Technic Launcher. 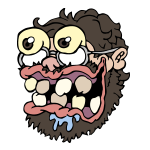 Olloth originally took over hosting of a Minecraft server for the #retribution channel on synirc. There, KakerMix, Olloth, and Cheap Shot began getting heavily into Minecraft multiplayer. After a while, Olloth helped KakerMix set up a modded server and everyone got into technical mods. Olloth went on to develop for the Spout project (Spout.org) and after some time, gave advice on forking the Spoutcraft Launcher for modded minecraft installation. Olloth developed the second version of the Technic Launcher. 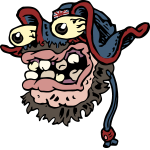 Agelian, the mysterious genius, brought his talent to the team early in development. He used his impressive coding skill to construct the first Technic launcher from a spout fork, which did just the trick for making Technic the success it is today. Since then he has become incredibly successful and moved on to greater opportunities. Despite this he remains our friend and team member. Agelian helps Technic in dire emergencies and offers sage advice that keeps Technic always on course in choppy waters. 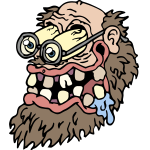 Skuli would hang out with the Technic crew in IRC and talk about the work he was doing on his private modpack. Impressed with his work, Technic asked Skuli to help take over modpack mangement since CanVox would be working on the launcher full time. All of the most recent official pack updates have been done by him.