Type in the modpack name (Isekaicraft RE:BORN) or paste the following url into the search box.

Finally, click Install at the bottom right of the launcher after you select Isekaicraft RE:BORN from the list on the left. The launcher will handle everything else! 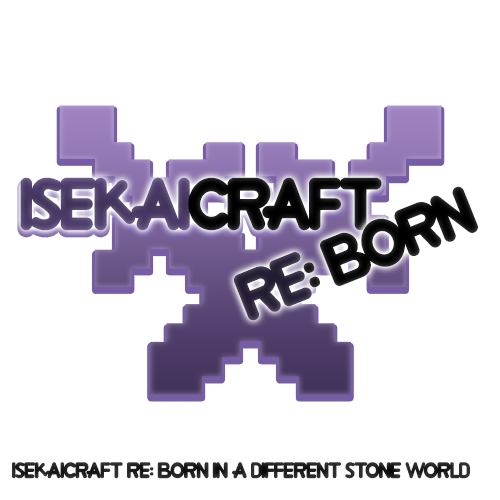 Make sure to allocate atleast 5120 MB!

isekaicraft is a modpack created back in 2019 which no longer available after the author abandoned the project.

isekaicraft had a small server that barely had any way to actually fund it and sadly after a couple of months he had to close the server, but I will never forget the memories I had with my small group of friends playing on that server therefore with the assistance of the author I represent isekaicraft re:born!

this is a single-player modpack, you can however download the server pack when it will be available and create your own server!

IsekaiCraft story you got summoned into another world full of magic to defeat the dragon, on the way you met various friends

and successfully beat the dragon!

living happily ever after at least that's what you thought...

you still have a long way to defeat all the evil from this magic world!

IsekaiCraft RE:BORN story You (player) and your best friend went on a nice walk until suddenly you got caught up in a terrorist attack and died again!

reborn by scientists and magicians in another world again! come on You just died 2 years ago!

this new world collapsed and turned into a "stone world" with various monsters never seen before on the planet. You somehow survived and started living in a primitive world full of magic and monsters. Your goal is to advance as much as you can in the primitive world and try to restore the tech that was available before the world collapsed!