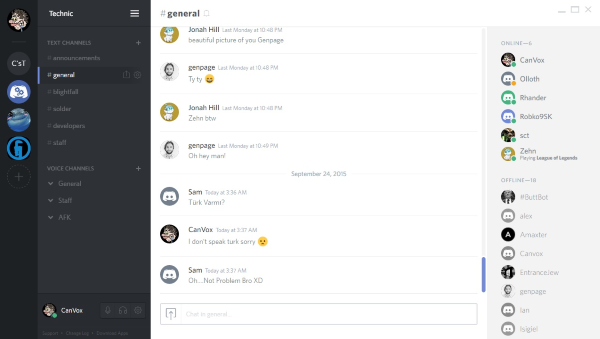 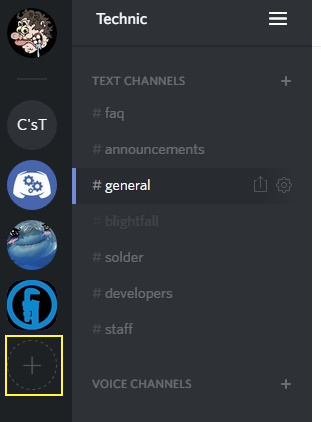 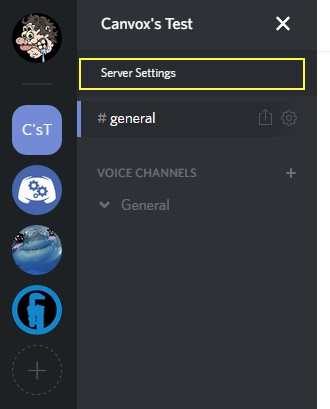 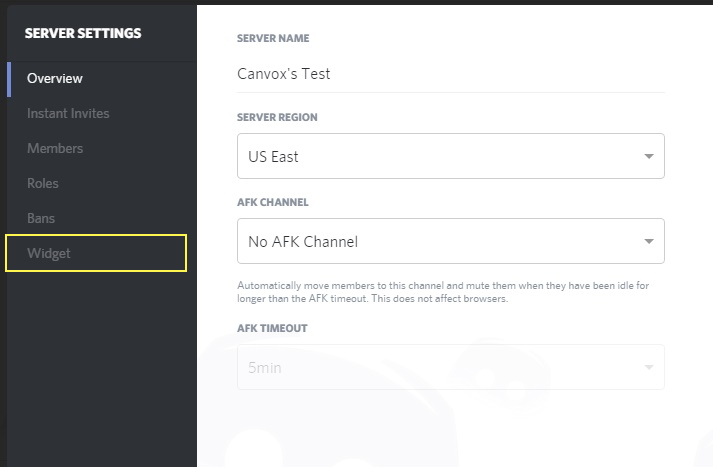 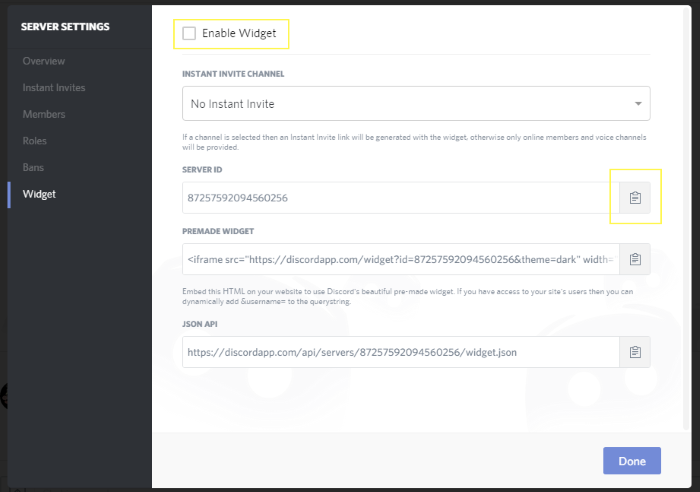 You must be logged in to comment. Click here to register a new account or log in.
Whoa, this is amazing for the communities based off of the technic launcher. Ill have to do some more research before adding it to Crafting Dead! :D
Reply

f3rullo14 6 years ago
i click on to join discord chat only to get the ""instant invite is invalid or has expired all the time :(
Reply

ccjibber 6 years ago
me too report this issu with me :( :(
Posted by antonis2018 6 years ago
do you activate Widgets? and an existing channel?
Posted by HurricanB 6 years ago
here and a lot of time i can't join , says me the following error:the instant invite and invalid ar has expired fix that techicpack. If you want fix the error follow the steps onwer-admin : 1.go to instant advaced invite options and 2.then optimizing never expire 3. after do you do it copy the new instant url then paste to techick and change url of discord chat
Reply

antonis2018 6 years ago
@CanVox This.
Posted by NAVeldurn 6 years ago
Amazing! thanks. :)
Reply

xJon 6 years ago
Not bad, not bad at all.
Reply

Amaxter 6 years ago
Wait ... so where is the jar file?
Reply

P3rf3ct_Zer0 6 years ago
https://github.com/CannibalVox/McDiscord/releases
Posted by CanVox 6 years ago
Give another discord invitation, it has expired, and add xaero's minmap to tekkit legends, it looks more butiful.
Reply

SomeWeirdo 6 years ago
Hmm good, but i mean, it's kinda, DISCOORDINATED. *bursts to laugh*
Reply

Joona_R 6 years ago
Hmm good, but i mean, it's kinda, DISCOORDINATED. *bursts to laugh*
Reply

Joona_R 6 years ago
Hmm good, but i mean, it's kinda, DISCOORDINATED. *bursts to laugh*
Reply

Joona_R 6 years ago
who wants to play tekkit legends with me and can someone invite me back to the technic server on discord because my little sister pressed button and some how left the server. haha lol
Reply

zachisakka 6 years ago
There's a link dude
Posted by tobi897a 6 years ago
That prog is kinda amazing. I Love it and it fits perfectly in my Tboneilla Minecraft Modpack. Awsome!!!
Reply

Tiffany123 6 years ago
I've been trying to talk to you canvox. Also I don't like how in the thing how you can't talk to your mother or father for a second then get back to the discord server. I accidently forgot to mute myself,and a moderator made a big deal about it.
Reply

Tiffany123 6 years ago
is this still being worked on?
Reply

innoxentg 6 years ago
good work but what would happen if i dont have widget cause it dosnt show up.
Reply

Johnystar_CZ 6 years ago
This has been dropped and is only good for filling your server logs with exception spam.
Reply

WasabiRyze 6 years ago
I'd like to see a feature to allow the user's channel to auto-change when entering a certain zone, such as going from Spawn into the Wild.
Reply

kahnethius 6 years ago
could somebody give me the link? becaouse someone kicked me off the tekkit discord server. My username is the same as the one for tekkit, minecraft, etc. I didint do anything wrong, i was just showing my friends some memes and chating about hexxit.
Reply

MyFearIsKindness 4 years ago
I seem to be unable to get into the Discord. Is there something I am missing here? The invite seems to be expired!
Reply

Terraria2013 4 years ago
I seem to be unable to get into the Discord. Is there something I am missing here? The invite seems to be expired!
Reply