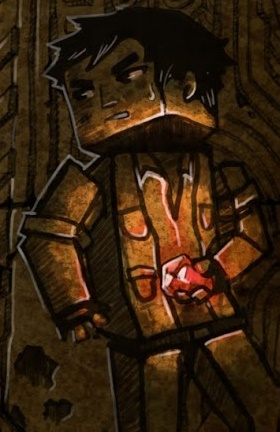 A Quick Note About Blightfall Servers

In 2.1.3, we pushed a change to the Blightfall server.properties file.  Since server owners don't usually update server.properties, we figured we'd tell you about it.  We changed allow-nether to true.  This doesn't mean that the nether now works in Blightfall: it (intentionally) still doesn't.  However, using allow-nether=false to shut off the nether was also breaking other dimensions, like The Outlands.  That's been fixed, and you should also modify server.properties to fix it.

Blightfall 2.1.4 was released, which included an improved victory village, a lot of bug fixes, and a big buff to the Dawn Machine!  Check out the 2.1.3 and 2.1.4 changelogs!

We Released A New Launcher Version!

Well, that's all for this week's update!  It's not much, but you'll be hearing from us again very soon.  Hit us up on our forums, IRC, or Discord to ask what's taking us so long!

MagicMaxMay 6 years ago
Well the picture is good... But it is AMAZING but needs more ores
Reply

ezrastanley 6 years ago
lightfall does not download to me and sometiines when it does it not enter to this what should i do?
Reply

natik_9 6 years ago
i cant even get onto the launcher. ;(
Reply