Type in the modpack name (Daggercraft: Legacy) or paste the following url into the search box.

Finally, click Install at the bottom right of the launcher after you select Daggercraft: Legacy from the list on the left. The launcher will handle everything else!

This is an outdated version of Daggercraft. You may still play and use this pack normally, but for the newest version complete with updates and server you can download the new pack here! https://www.technicpack.net/modpack/daggercraft-rpg-vengeance.1344996

Play Minecraft as you never have before. Spawn in, choose a class, and explore worlds teeming with more life and interesting randomly generated structures. Inspired by the cult classic The Elder Scrolls II: Daggerfall, Daggercraft aims to turn Minecraft into a fantasy role player's paradise. 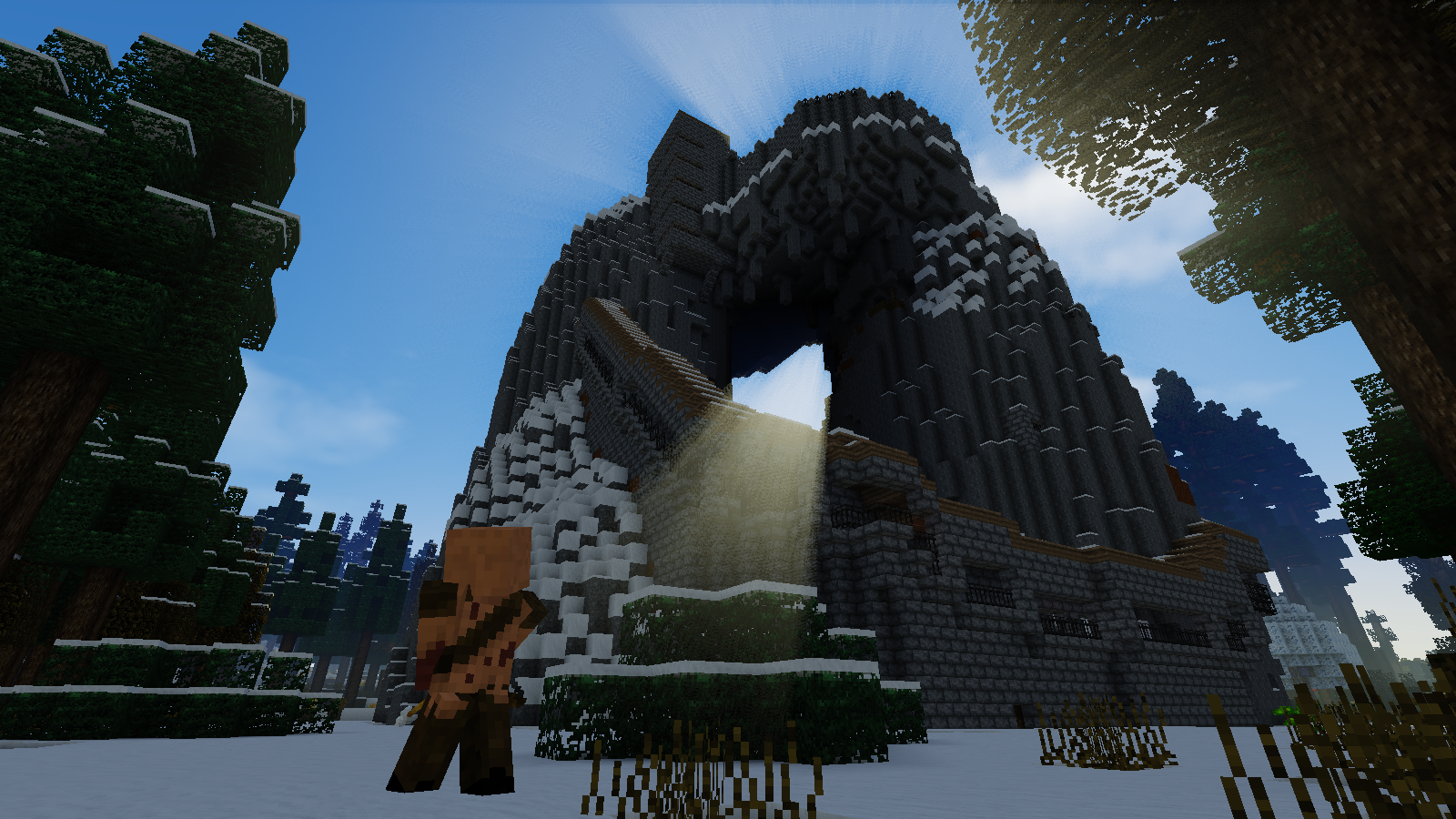 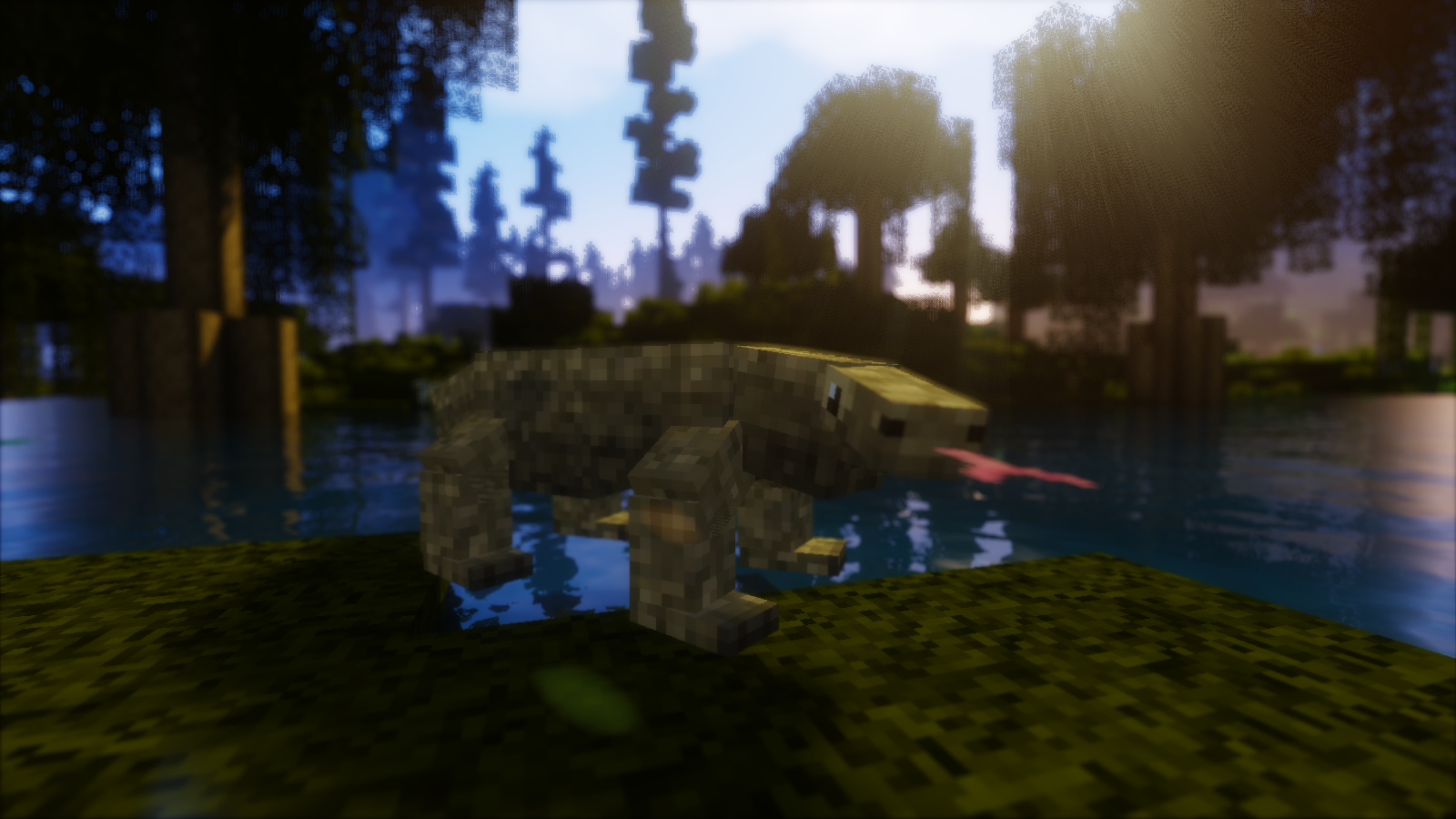 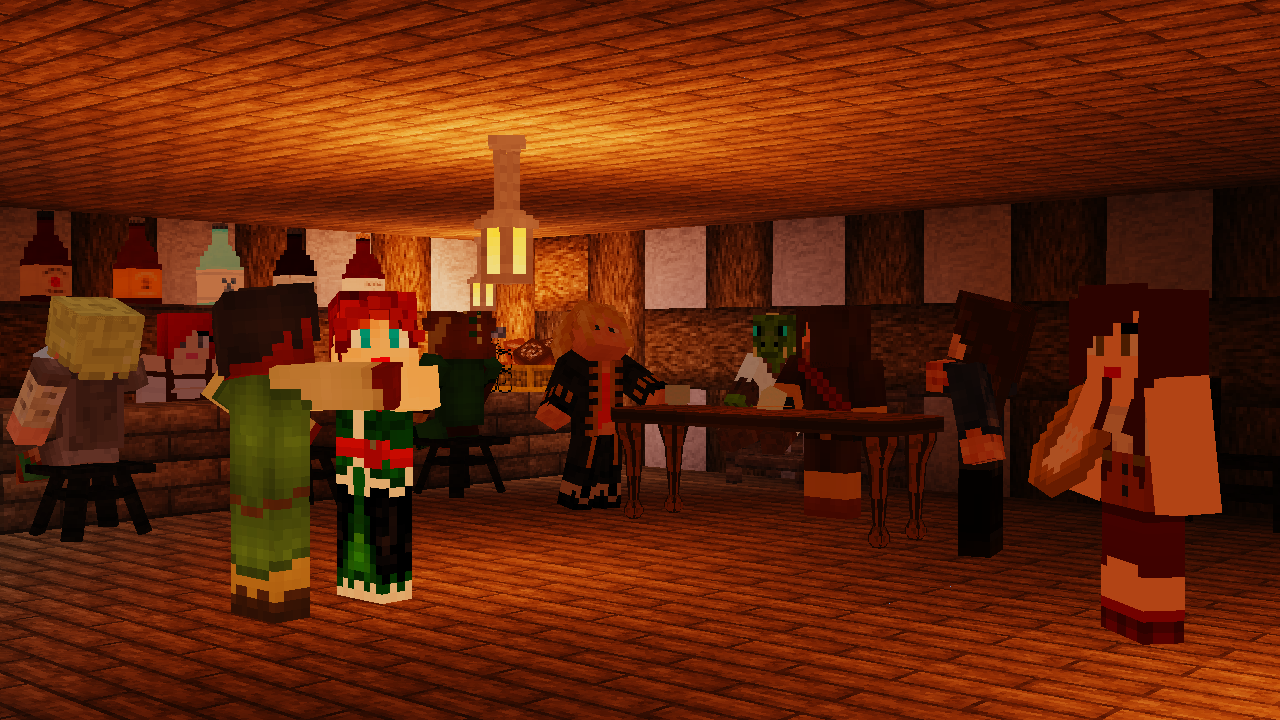 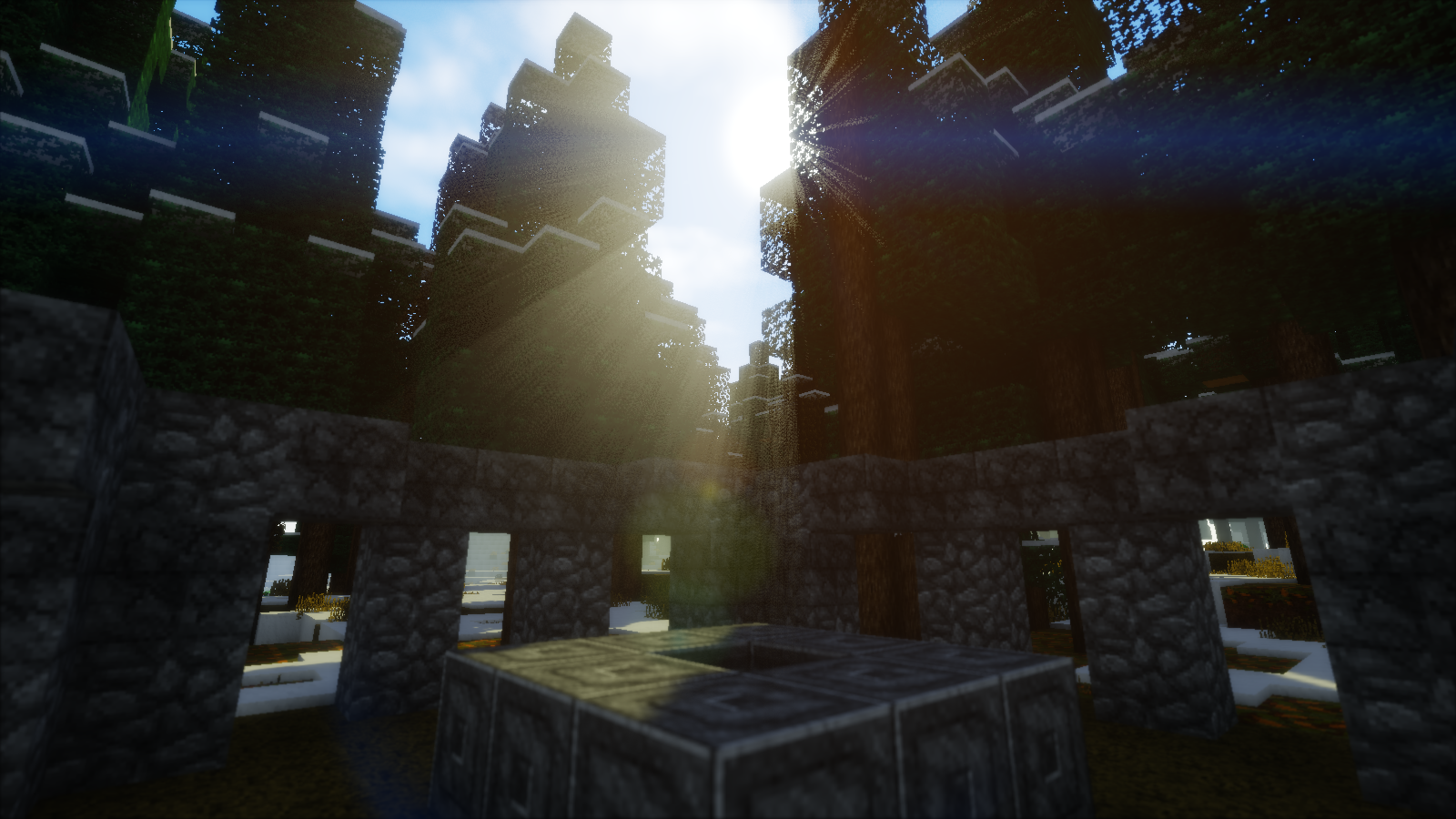 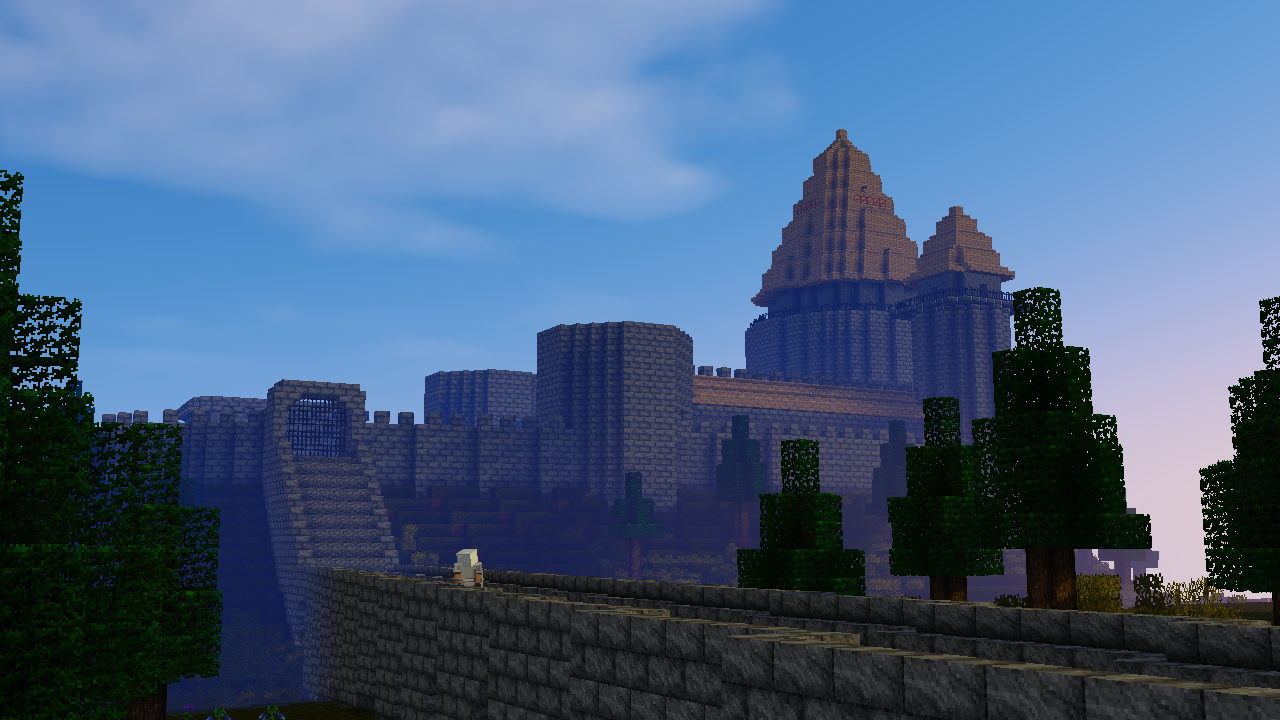 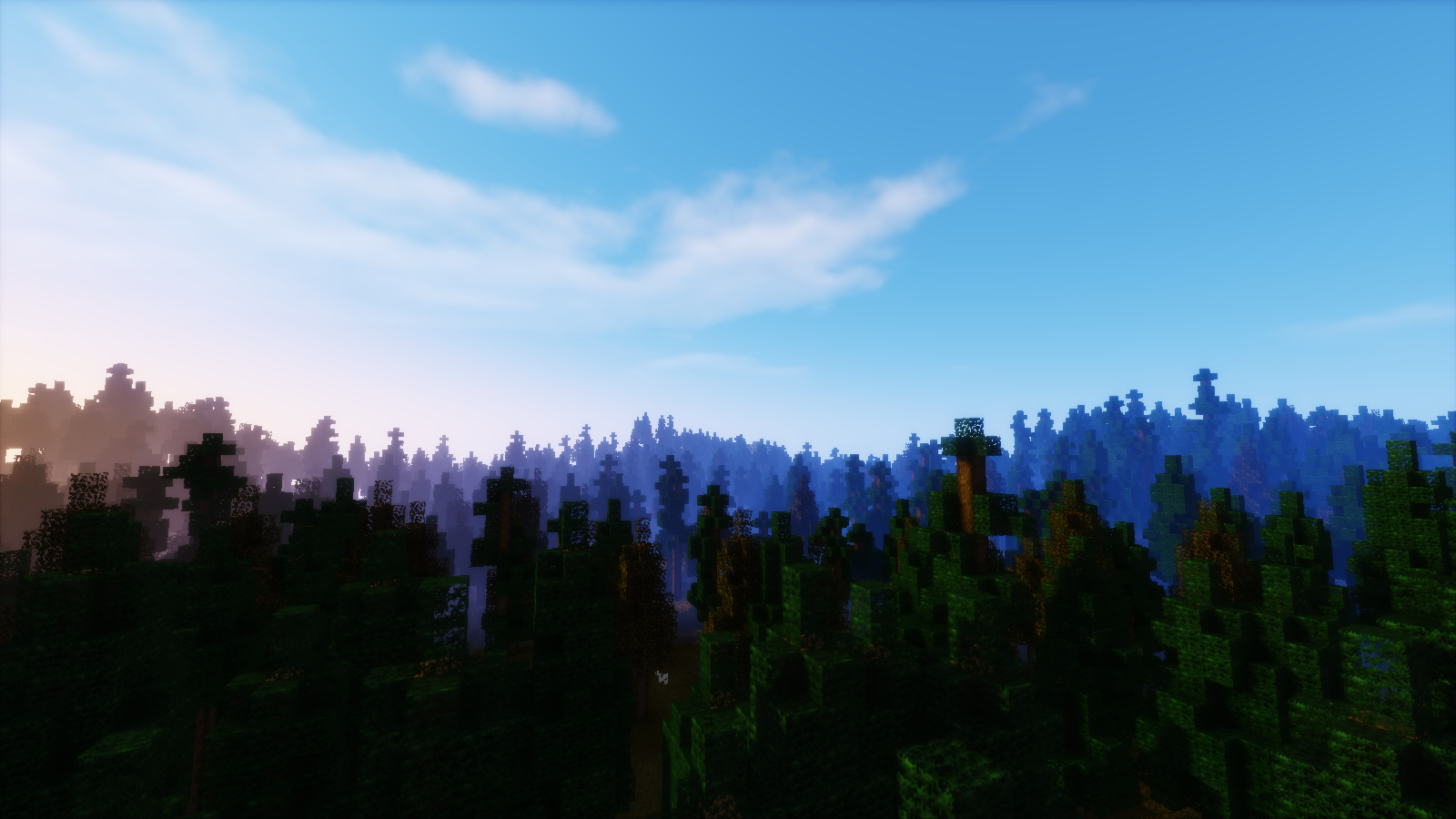 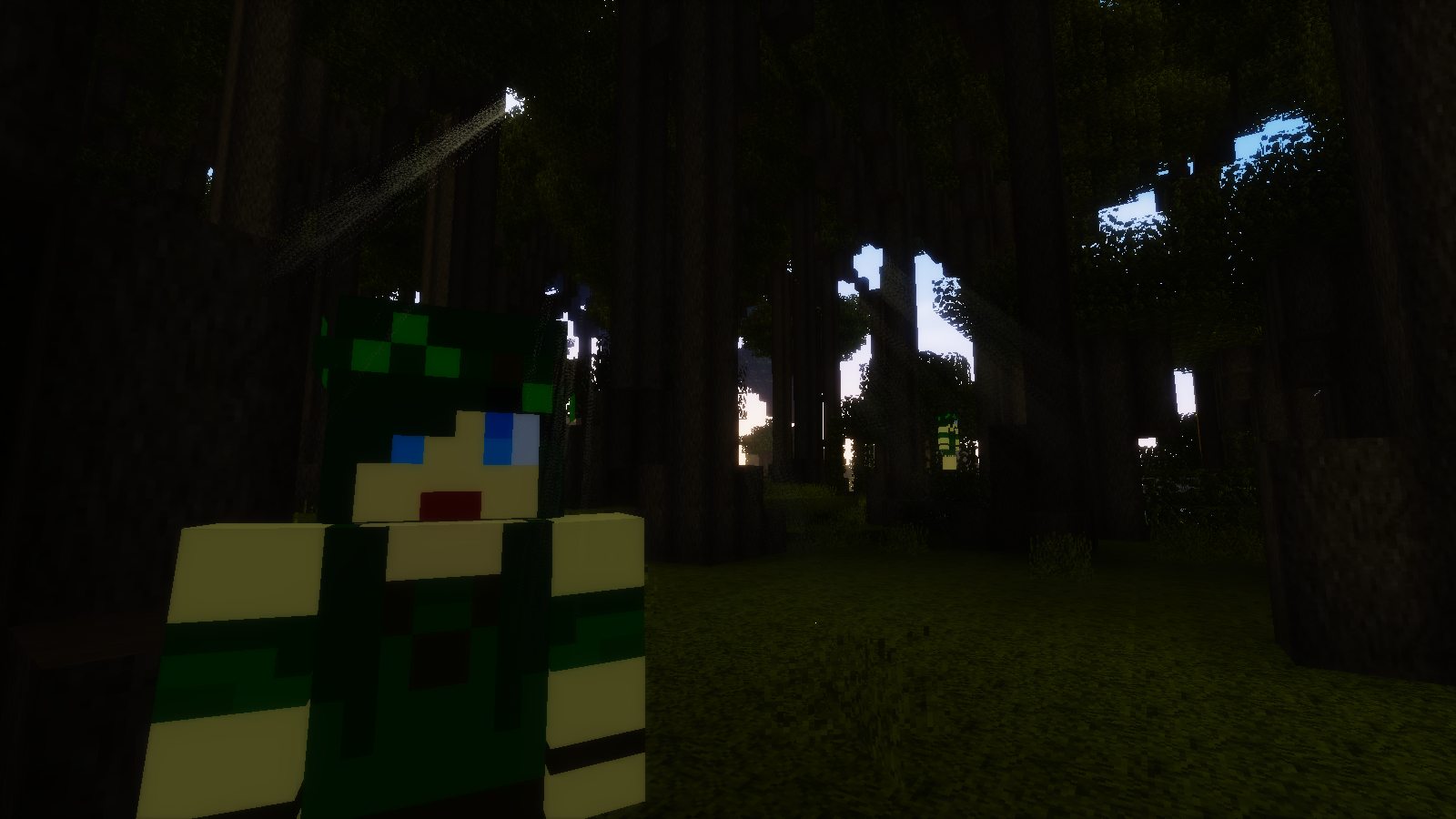 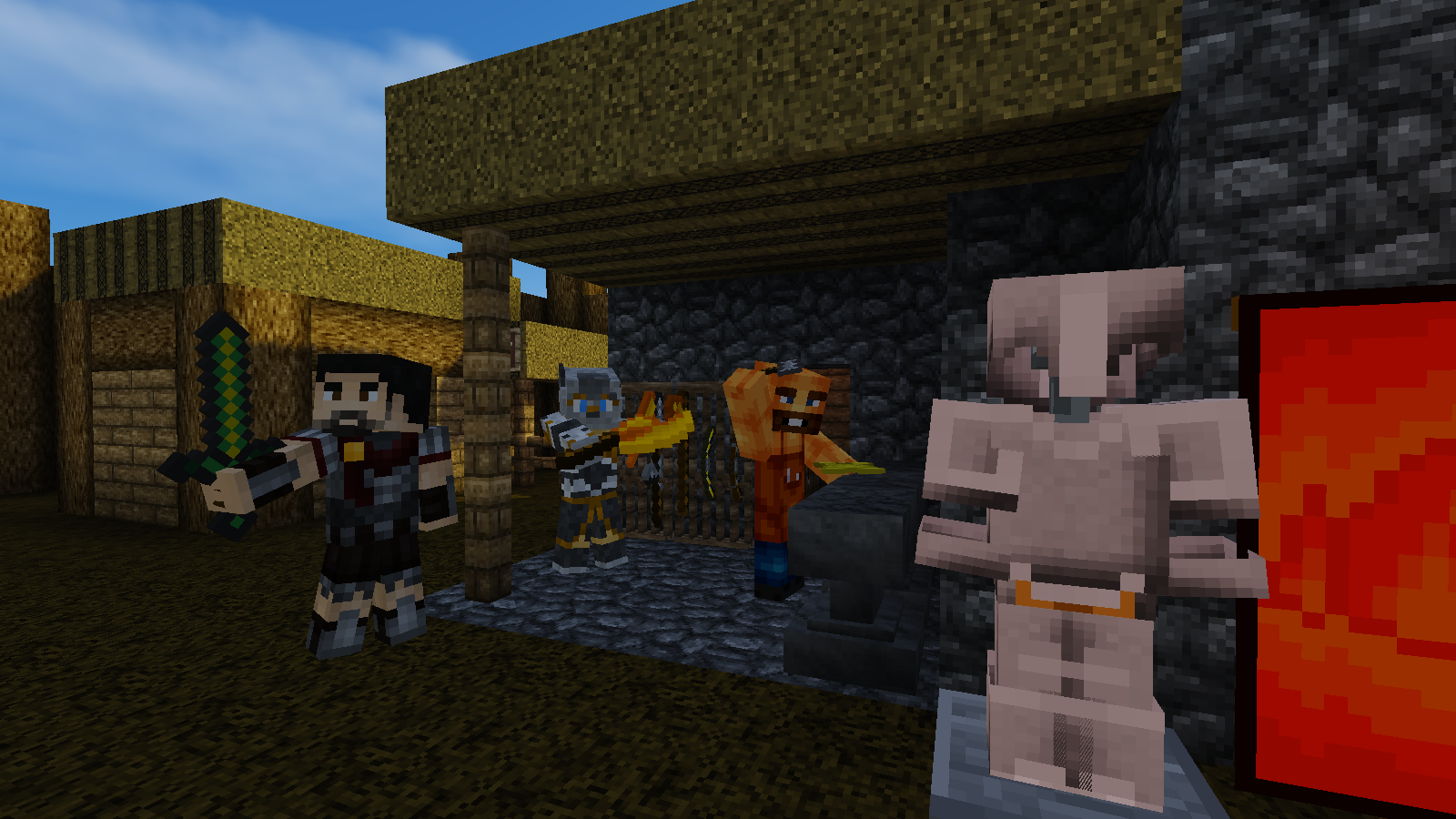 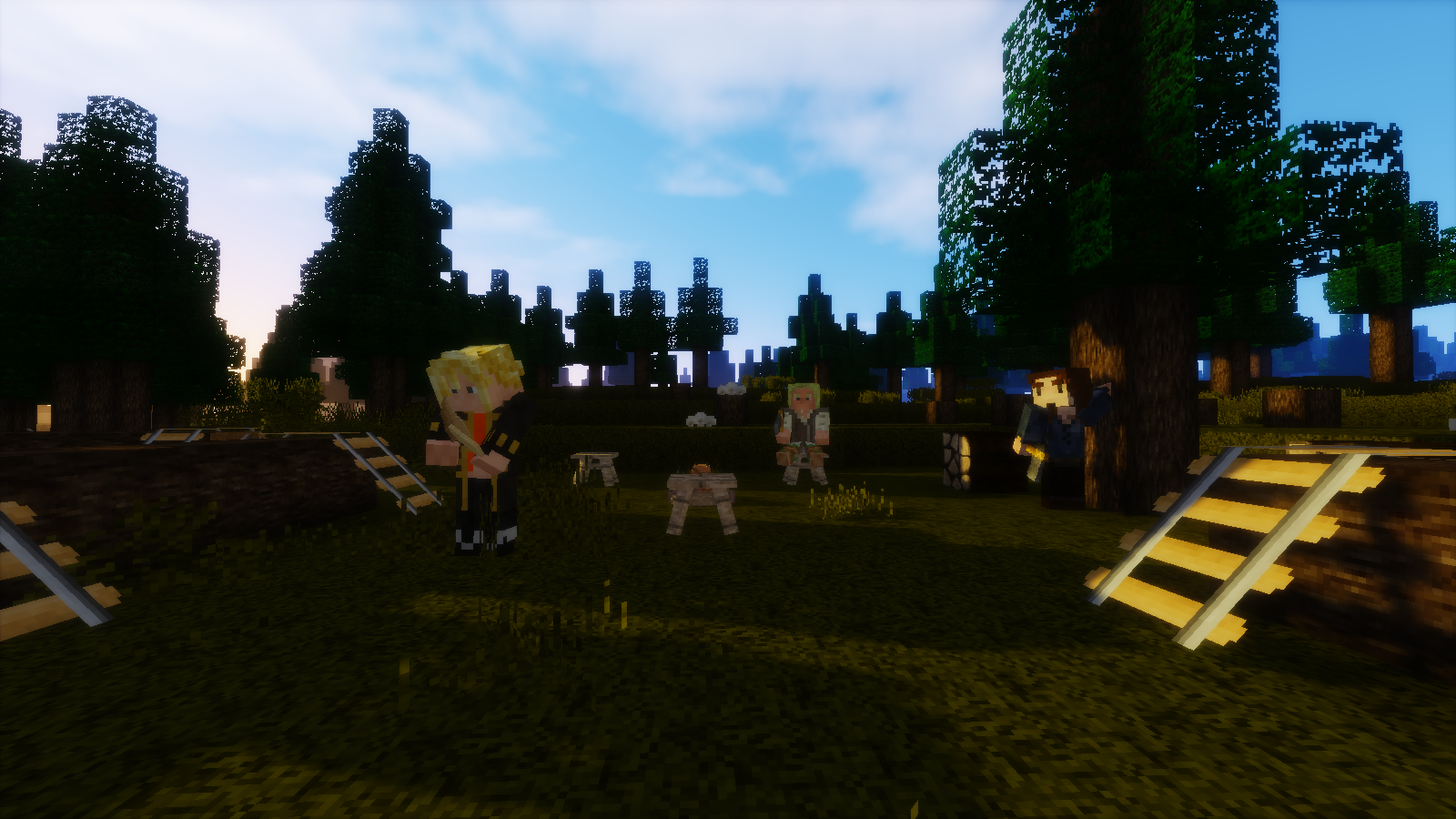 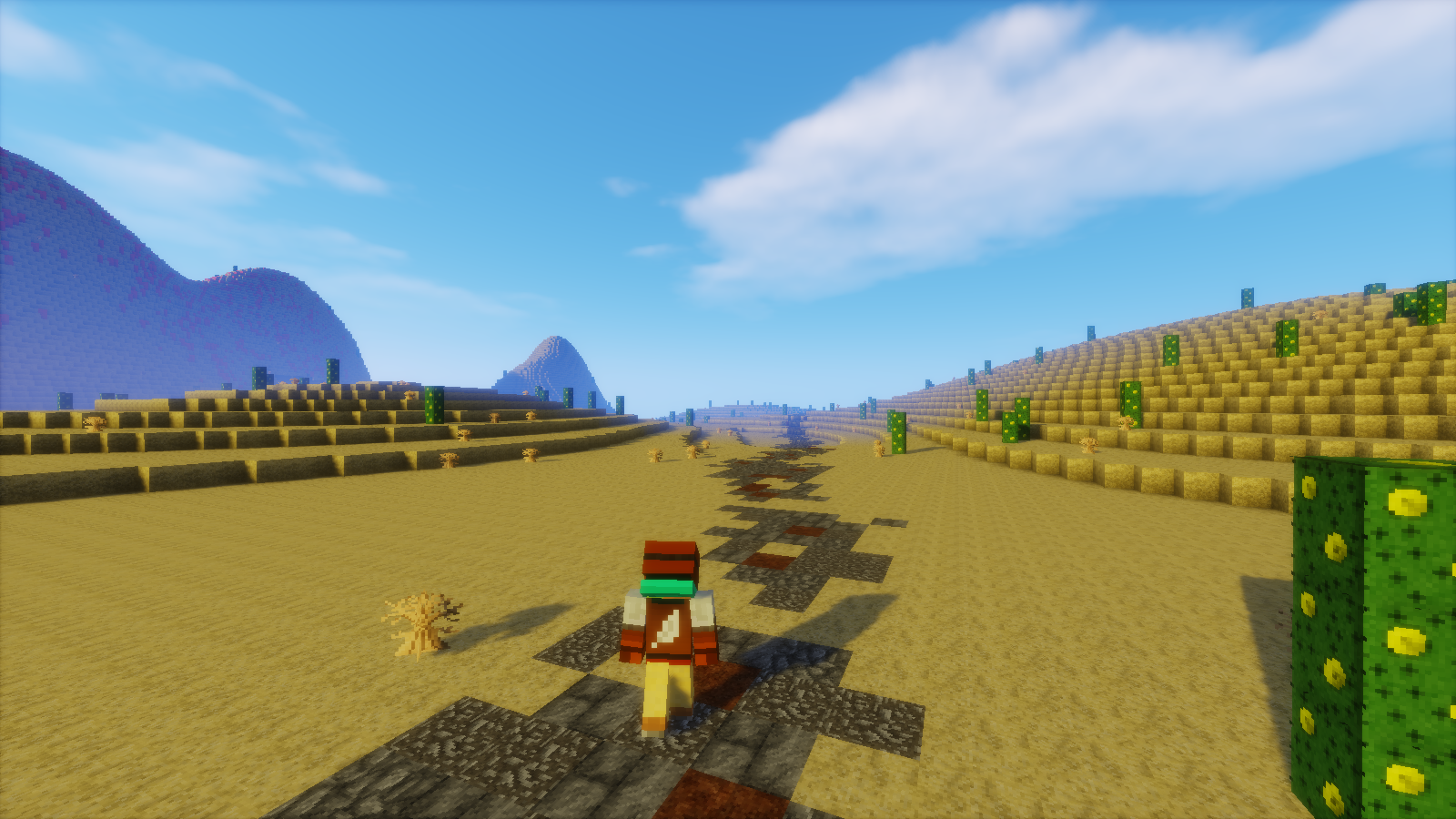 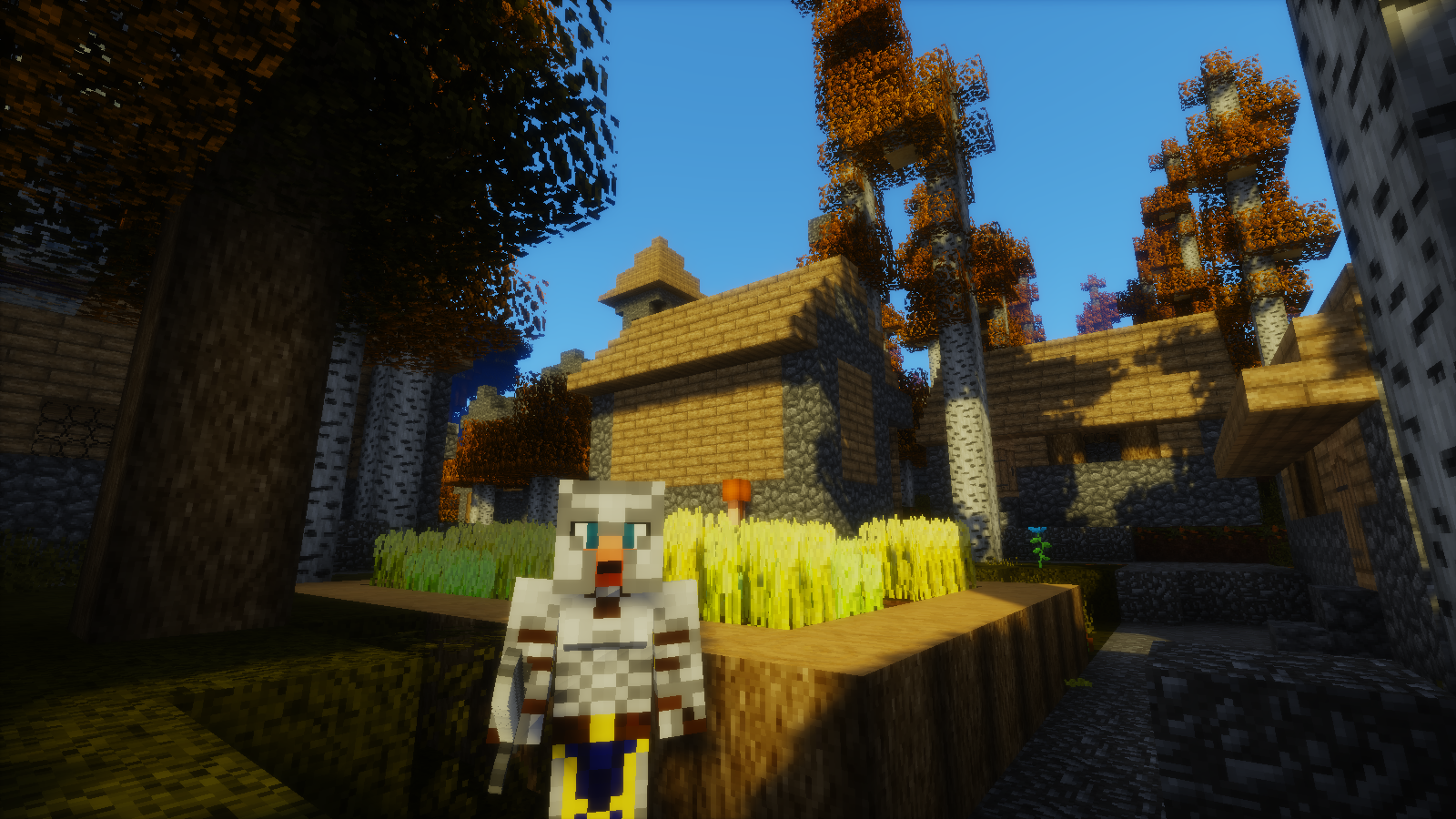 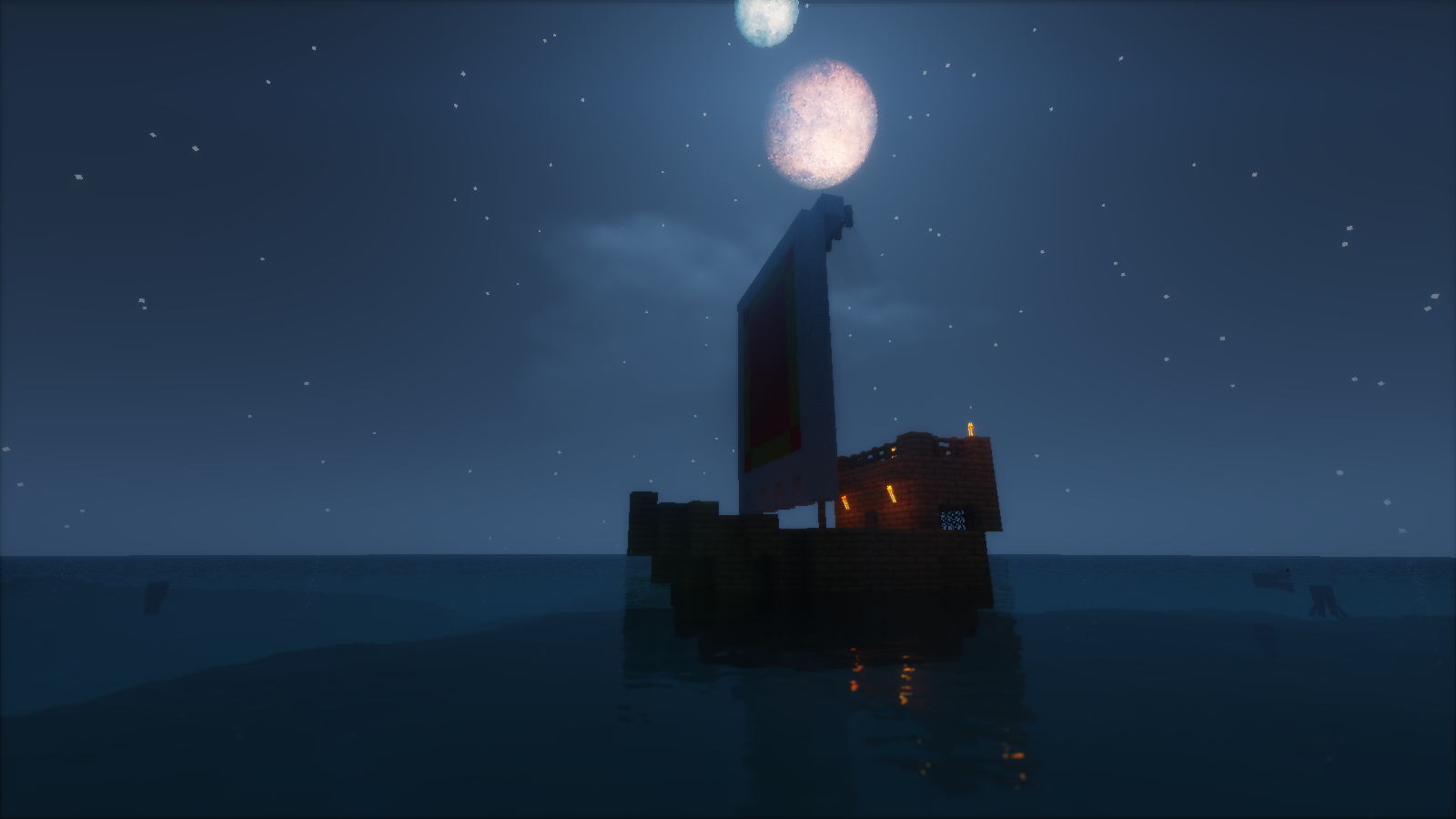 -A modified Elder Scrolls Style Resource Pack based on Zombie101's Skyrim Resource Pack This modpack changes textures to seem more at home in the Elder Scrolls Universe, changing cookies to sweet rolls, gold nuggets to septims, reskinning the mobs to look like mobs from the Elder Scrolls series, and other cool things. The music has been replaced with iconic Elder Scrolls compositions by Jeremy Soule, Eric Heberling, Rich Douglas, Brad Derrick, and Rik Schaffer

-Optifine A basic necessity for almost all modpacks to run decently, allows the user to better optimize Minecraft and make it run better on their computers.

-Sildur's Shaders Shaders provided by default in the modpack. I found that medium was the best balance between quality and performance. Some tweaks were made to the shaders in an attempt to make them run better, results are not guarunteed as shaders are still resource intensive.

-Battlegear: Mine & Blade A combat mod that adds the ability to duel wield, adds some cool new weaponry like daggers with backstabbing bonuses, some new mobs, shields, spears, more arrow types, a quiver, some other things.

A handy little mod that allows you to create your own Non Playable Characters. Made a bard that travels with you and sings you songs, create an awesome boss battle, make a town with more livelier characters, create your own dialogue trees and quests, create a merchant that sells some stuff, pretty much anything you want can be done with this mod. I've added a few songs and tons of skins to the custom npc files, which will be used in the server coming possibly later, and so you can use them at your own leisure.

-MinecraftComesAlive More dynamic and unique villagers. It also adds a few new buildings to villages, and even generates villages in more biomes.

-ChocolateQuest Adds a vague questline to Minecraft, but also randomly generates more awesome dungeons, towns, adds some new weapons, armour, banners (along with a customizable banner you can design yourself), mobs, and other things to turn your Minecraft world into a dungeon ridden wildland that is more fun to explore.

-Mo' Creatures Adds some new mobs, both hostile and friendly, to make the world feel more alive, as well as the option to tame some of those creatures as pets.

-TreeCapitator Something I added really to just make chopping down trees so much easier and painless.

-Pam's HarvestCraft Implements some delicious foods for you to cook up while on your adventures, as well as some new plants and crops to grow.

-Apples,Milk,and Tea As the name implies, it adds some new types of plants and crops to grow, such as tea trees, and adds a ton of beverages to the game, such as tea, coffee, ice cream, and alcoholic drinks for those drunken ruffians looking for a brawl after downing 5 goblets of wine.

-ArsMagica2 This is probably the toughest mod to get the hang of in this modpack. It's a fantastic magic mod that allows you to make your own type of spells, examples being invisibility spells, shooting ice that slows your opponent, levitating spells, summoning spells, even a spell that allows you to shoot fire that can heal. Also adds a few more mobs and aesthetic items.

-Bibliocraft Adds some nice books to read, as well as some furniture like desks, chairs, displays, and shelves to decorate your home.

-MapWriter An underrated map mod that I feel suits an adventure based modpack better than Rei's or other map mods. Bring up a fullscreen image of your map, have more zooming in and out options, and add markers that can be categorized into different groups and colors.

-Not Enough Items Allows you to change the time and weather or easily look up items from all of these mods, and either find the id number of the item, see its crafting recipe, see its melting time in a furnace, see what can be crafted out of it, or even spawn some of that item in your inventory.

-Shoulder Surfing Allows you to customize your third person / F5 view to your liking.

-More Bows 2 Adds some more bows that can be crafted out of more materials, such as emerald, obsidian, diamond, etc. because it's boring to have only one bow in Minecraft and there needed to be more weapons to kill things.

-RTG A mod that changes Minecraft terrain generation to be a bit more realistic than the vanilla game.

-ItemPhysics A mod that puts physics on dropped items, and allows for things like wooden blocks floating on the top of water, obsidian, when dropped in lava, doesn't burn, etc.

-Witchery: Some spooky mod that allows you to contact daedric princes and turn into a werewolf/vampire if you wanted to.

-Armourer's Workshop: A mod that allows you to make your own outfits, weapons, and items. The possibilities of what you can make are seemingly endless with this mod and allows for greater customization of your world.

-LevelUp: Put's the RPG in this RPG modpack by giving you skill trees that you can assign points to as you gain a level of experience.

Other boring mods that are either cores or background mods that do all the background work and don't really add much to the actual game.

-NEIPluginforAMT Fixes some issues between Ars Magica 2 and Not Enough Items.